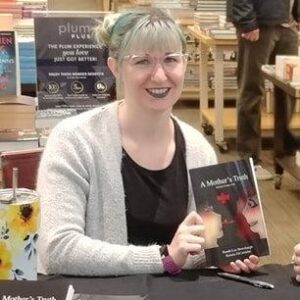 Randi-Lee was born and raised in Ontario, Canada and from a young age she had a passion for helping others. She attended Niagara College and graduated at the top of her class from Community and Justice Services after completing her placement at a recovery house for alcohol and drug addictions. Post-graduation she worked at a Native Friendship Centre for two and a half years while pursuing a university education in psychology. Randi-Lee continued working in social services for another four years as an employment counselor until she left to pursue her other passions.

In 2017 Randi published her first book about mental health awareness (Thoughts of a Wanderer) and in 2018 published A Mother’s Truth (inspired by raising her youngest who has special needs).

Another of Randi-Lee’s passions is kickboxing, which she has been doing for over 10 years. She was a Canadian National Champion in kickboxing in 2015, competed at the World’s kickboxing tournament later that year and in 2016 competed at the Pan-Am games where she received silver in her division. In 2020 she was chosen as one of the coaches for the Ontario Winter Games where she inspired and coached young athletes. In 2017 Randi became a personal trainer.

While she isn’t working, she is spending time with her two teenage children and a grand-baby. Randi tries to speak honestly and openly about her struggles with her own mental health and as a parent – wanting to ensure that no one feels alone.